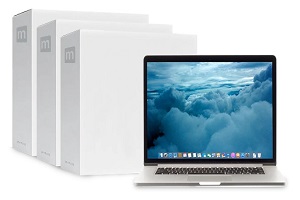 The first iPhone, released in 2007, completely changed the way we viewed handheld technology. Though smartphones had existed for years prior, most conspicuously in the form of the Blackberry, which was so addictive it inspired the nickname “crackberry,” the smartphone market was mostly focused on corporate usage, tailoring its design to the business needs. Phones marketed for business use were stripped of cameras and the ability to play music and games. At the same time, these phones were sold in a large number of different models, making it difficult to choose which would be optimal for one’s needs. Apple’s approach was to simplify the product line, offering one model a year for all customers. Designed to accommodate the thriving ecosystem that existed on the App Store, the iPhone included a robust operating system that had the graphics and multitasking capability necessary to meet future consumer demands.

The iPhone also pioneered the use of the capacitive touchscreen (which just means that a finger, rather than a stylus, is used to generate commands), developed with twice the resolution of most smartphone screens at the time, that introduced multi-touch commands to phones. For instance: “pinching,” which zooms in or out of graphics, or “swiping,” which can be used to scroll. The iPhone popularized the current smartphone form factor, based on the touchscreen as a means of user interaction, leading to the decline of the physical keyboard and stylus focused platforms.

At Mac of All Trades, we sell Apple Refurbished Phones, going back to models like the iPhone 7, released in the Fall of 2016. The iPhone 7 comes with water and dust resistance, a capacitive static home button, revised antenna bands, and a lightning port that functions as both a charging port and headphone jack. A heterogeneous quad-core system-on-chip (meaning basically a micro CPU with multiple processors) is used to power the iPhone 7, which also comes with a 12-megapixel rear-facing camera. The camera uses image stabilization, a family of techniques that reduce blurring associated with camera motion, compensating for camera shake with a lens that is held in place electromagnetically, so that it moves independently of its casing.

Our newest models of Apple refurbished phones include the iPhone X, which became available in the Fall of 2017. The X was designed to showcase what Apple thought of as the technology of the future. Constructed from glass and stainless steel, the X came with a bezel-less design and got rid of the “chin”—the part of the screen that did not show the display. This was the first iPhone to use an OLED screen, which stands for Organic Light Emitting Diode. OLED screens can be controlled pixel-by-pixel resulting in a crisper, clearer image. The contrast on an OLED screen is much higher than that of an LED because OLED screens do not employ a backlight to provide illumination. Thus, when an OLED screen goes black, its pixels produce no light whatsoever. There is no bleed from the backlight. The X also replaced its home button with Face ID, which scans the user’s face to unlock the device. This face-recognition capability led the way to Animojis, which map to the user’s face.

At Mac of All Trades, all our products go through a 40-point proprietary inspection process to ensure full functionality of all parts, which allows us to sell the highest quality products at the lowest prices. We are so confident in our refurbishment process that we include a complimentary hardware warranty on every product. We have served the Apple community for over two decades, and use that expertise to provide a high level of customer service. Shop Mac of All Trades today for the best in Apple refurbished phones.

For more information about Apple Macbook Pro and Refurbished Macbook Please visit : Mac Of All Trades.

View all posts by Mac Of All Trades | Contact Mac Of All Trades
goodideazs, LLC is not affiliated with the authors of this post nor is it responsible for its content, the accuracy and authenticity of which should be independently verified.