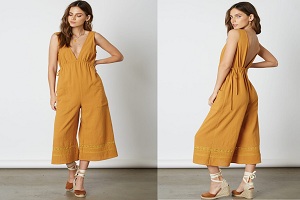 One of TV’s biggest breakout shows in 2019 was none other than HBO’s Euphoria. The incredibly popular series, which credits Drake as an executive producer, centers around a group of high school students as they navigate the world of addiction, love, and trauma in the digital age.

Aside from a stellar performance by the show’s lead, Zendaya, as well as breakout stars Hunter Schafer and Jacob Elordi, Euphoria’s fashion has also been creating a lot of buzz. Heidi Bivens, the show’s costume designer, nailed each character’s personal style in a way that had the internet losing its collective minds well after the season finale in August. From comfy androgyny to anime-inspired ensembles, here are some of Euphoria’s most fashion-forward characters and how you can infuse their looks into your own style.

Maddy Perez, portrayed perfectly by Alexa Demie, rocks some of Euphoria’s most iconic looks. Maddy is best known for her love of matching two-piece sets, a look we saw a lot of this season. From her casual everyday looks to the fabulous purple ensemble she wore to meet Nate’s parents, there’s no denying that Maddy knows how to pull off a two-piece set like no other. If you want to recreate Maddy’s look, you’re in luck- matching sets are super easy to throw on and are perfect for those mornings when you don’t have time to put together an entire outfit. Just be sure your outfit is school or work-appropriate - Maddy’s midriff-bearing getups might not fly with your boss or teacher!

No one had a bigger style transformation this season than Kat Hernandez. The former girl-next-door archetype starts off shy initially but starts coming into her own as the season progresses, and that can be seen in her bold fashion choices. Kat’s style can best be described as a unique combination of goth and glam. She’s been known to love a bold lip, leather detailing, and cool sunglasses. To get Kat’s look, be prepared to get a little dark, as that’s the basis of her style. For a more wearable, everyday look, stick to one standout piece, like a leather skirt, and tone it down with a pair of chunky sneakers and a comfy hoodie.

Some of the best looks we saw this season came from none other than Jules Vaughn, the resident new girl in town. Jules starts the season off with a bang, sporting styles that look like they’re straight out of an anime. Jules’s style can be described as ultra-girly, with tons of pink and glitter incorporated into most of her outfits. To recreate Jules’s style, look for things like tennis skirts, crop tops, and chunky boots. Jules is also known for her bold makeup looks, so try eyeliner in a fun pop of color or glitter highlighter to spice up a boring outfit.

Last but not least is Rue Bennett, Euphoria’s main protagonist. Rue’s style is the most casual of the group, as she spends the majority of the season in hoodies and Converse hightops. Rue’s look is both tomboy-ish and functional, perfect for going to school or riding her bike to Jules’s house. To get Rue’s look, check out Boho Style Clothing Stores and look for laidback pieces in comfortable fabrics. The most important part of recreating Rue’s style is making sure you can move in it, so don’t settle for stiff fabrics or weird cuts.

There’s no denying that the girls on Euphoria have great style, and the show does a great job of representing different characters that each viewer can relate to in some way.

Whether you’re looking for boho style clothing stores to recreate Rue’s outfits or you consider yourself more of a Maddy, Boho Pink has all of the styles you need to look fashion-forward from cute dresses to trendy pants. Check them out online at BohoPink.com for the latest styles and trends.

View all posts by Boho Pink | Contact Boho Pink
goodideazs, LLC is not affiliated with the authors of this post nor is it responsible for its content, the accuracy and authenticity of which should be independently verified.