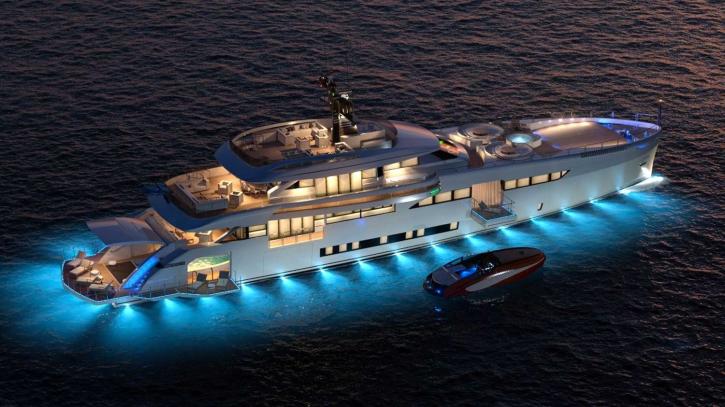 The report "Electric Ships Market by Ship Type (Commercial, Defense), End-Use (Newbuild & Line Fit, Retrofit), System (Energy Storage, Power Conversion, Power Generation, Power Distribution), Mode of Operation, Range, Power, Type, and Region - Global Forecast to 2030", is projected to grow from USD 5.2 billion in 2019 to USD 15.6 billion by 2030, at a CAGR of 13.2% from 2025 to 2030. Two forecast periods, i.e., 2019 to 2025 and 2025 to 2030, are covered in this market report, as the adoption of electric propulsion systems is estimated to grow at a higher rate post-2025. The growth of the market can be attributed to the demand for fully electric ships for passenger transport, and hybrid ships for commercial and defense applications.

Based on range, the <50 km segment is projected to lead the electric ships market during the forecast period.

Based on range, the electric ships industry is projected to be led by the <50 km segment from 2019 to 2030. This segment is expected to grow during the forecast period, due to the rapid adoption of fully electric ships for passenger transport in Europe and North America. Countries such as Norway, Denmark, Germany, Sweden, and Finland, among others, are continually developing environment-friendly technologies to reduce carbon, sulfur oxide, and nitrogen oxide emissions, which are major contributors to pollution in the shipping industry. Companies such as Corvus Energy, Leclanché, and Eco Marine Power have developed energy storage systems that are powerful enough to be used throughout the day on small vessels such as yachts and passenger ferries, enabling them to become fully electric.

The energy storage systems segment is projected to lead the electric ships market from 2019 to 2030.

Based on the system, the energy storage systems segment is projected to grow at the highest CAGR during the forecast period. The market for energy storage systems is expected to grow during the forecast period due to the increasing requirement of these systems in all fully electric and hybrid ships, which run on battery. Advancement in lithium battery technology has increased the usage of lithium-ion batteries in the marine sector, especially for providing power to the ship’s propellers, enabling a fully electric operation. Corvus Energy, a key player in this segment, has supplied energy storage systems for AIDA Cruises (Germany), Seaspan Ferries (US), Grovfjord Mek. Verksted SA (Norway), and Norwegian Electric Systems (Norway), among others.

Asia Pacific is projected to be a high growth potential market for electric ships during the forecast period.

There is a tremendous retrofit and line-fit potential in Asia Pacific, owing to a large number of cargo vessels operating in this region. This rise in sea trade has led to increasing demand for ships for the transportation of manufactured goods worldwide.

Don’t miss out on business opportunities in Electric Ships Market. Speak to our analyst and gain crucial industry insights that will help your business grow.

View all posts by sheetal borkar | Contact sheetal borkar
goodideazs, LLC is not affiliated with the authors of this post nor is it responsible for its content, the accuracy and authenticity of which should be independently verified.