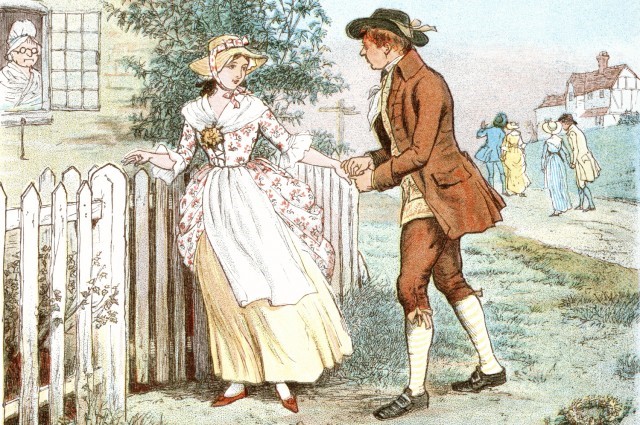 We’re all good at something, whether it’s art, or a sport or hobby. Me? I’m really great at dating assholes. Of course, for most talents, people should be proud of them. Hell, some people even win awards for them. But my talent (or should we call it a curse?) is something I wouldn’t wish upon my worst enemy. Okay, well maybe my worst enemy, but still…

Let’s back it up to high school. My friends will tell you that I’ve always been the girl who had a boyfriend, the serial monogamist before serial monogamy was seen as a bad thing. Throughout high school, there were rarely moments when I wasn’t in a relationship. I loved being in relationships. To me, that meant always having someone by my side. Being an only child, it felt incredible to have someone to talk to, argue with and depend on. I loved giving that same feeling of comfort and security to other people in return.

But, apparently when I let boyfriends depend on me, they thought it would be okay to take complete advantage of that. It seemed to me that I always ended up being more of a second mother than I was a girlfriend. Looking at the fact that I treat every guy I’ve ever had in my life like a prince, I thought I deserved more than that, as one should.

Ever since my first relationship, I’ve been the girlfriend who would do anything for my significant other. I’d drive them to work if they didn’t have a car, lend them money if they hadn’t cashed their check yet simply because I enjoy treating people kindly, taking care of people and making them feel important.

Now, I know I’m not the only girl who’s been in this situation and the story always ends the same. Your significant other ultimately sucks you dry of all your money, time and energy and then either a) leaves you (probably for another girl who he can do the same thing to) or b) drives you completely nuts and leaves you no choice but to leave him because you know deep down you deserve to be treated just like you’re treating them. I found this out the hard way.

Fast forward to the beginning of this year. I had been dating a guy who frankly had nothing going for him, but he was a charming bad boy that I couldn’t have resisted if I had tried. After over a year of being with this dude, I stopped feeling the same way I had in the beginning of our relationship and knew it was time to end things. For over a year, I had been his taxi, his bank account (seriously, not once had this man even taken me out to dinner and grabbed the check) and his overall support system and not once had he reciprocated those things for me.

After months of my friends telling me I deserved better, I finally got the guts to break up with him, detach him from my entire life and just be single. I was excited to start living the single life and honestly wanted to keep it that way for a while so I could enjoy my twenties without being a mom to some man-child.

Everything changed when I met my current boyfriend when I had least expected (or wanted) to. My best friend was dating some guy and told me about how good looking and great his cousin was, so she dragged me on a double date with them. I was taken aback by what a gentleman he was and we’d only known of each other’s existence for about 24 hours.

He offered to pay for my drink and made it clear that he had a great time and wanted to see me again. Months later, he’s still the same gentleman. It’s so nice to finally know what trust and appreciation feels like. He brings me flowers once a week, always surprises me with little gifts and notes and helps me around the house like he lives here. He hardly ever lets me pay for a meal (I literally have to beg), treats my dogs like they’re his kids and all in all makes me feel like the most special person on the planet.

To be honest, I’m loving this. I’m soaking it up. I love the way I feel since I’ve been dating my boyfriend and I couldn’t be happier. I can honestly say that I know he would never do anything to hurt me. But, why is it that I’m still afraid of getting hurt? I’ll tell you why: my asshole ex--boyfriends.

Up to this point, every relationship I’ve been in has gone to hell because the guy always turns out to be an asshole. Even when we first started to “hang out” more and more, I was so afraid to commit to him because I knew that he was a great guy and that I’d fall hard for him but I didn’t want to get hurt like I’d been in past relationships. I didn’t want to feel vulnerable enough to let him in with the risk of things turning out like everything else had.

We dated for months before we made things official. I was constantly going back and forth in my head trying to decide whether I wanted to take a chance on getting my heart broken yet again, and I know I’m not alone in feeling that. But this time I knew just by the way he had treated me in these couple months of not even being my official boyfriend, that this wasn’t just any other relationship.

But, because of the way I feel about him, I’m constantly afraid of losing him. I’ve become paranoid that every time he doesn’t have a smile on his face, I have to immediately ask what’s wrong and hope I didn’t do anything to upset him. I’m always trying to go above and beyond and be the best version of myself because I want to make him as happy as he makes me. It’s so easy to go overboard and that’s something I still work on today. Being in this incredible relationship has taught me that you shouldn’t hold back on something or someone you love just because of shitty things that may have happened in the past.

Your past is the past for a reason and it may just take dating a few assholes before you find it. But trust me, it’s worth it.
View all posts by James TaylorIs this your business? Claim this post.Contact James Taylor
goodideazs, LLC is not affiliated with the authors of this post nor is it responsible for its content, the accuracy and authenticity of which should be independently verified.